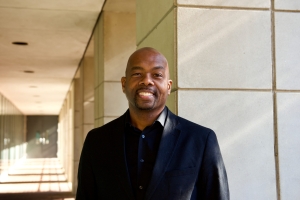 Joseph Graham, a former graduate student, was recently featured in the congressional film documentary, "Grit & Grace: The Fight for the American Dream". The film highlights the stories of three families lived experiences which shows the various ways people find and establish economic security in this country. Graham's story focuses on his early life and dealing with racism at a predominantly white school, doing outreach work with other students at Charlotte in the 90s, and completing both of his degrees at the university while being a single dad.

“I also want people watching the film to see how it highlights the fact that, even in 2022, dealing with institutional racism and systematic racism as a person who dealt with it in their childhood and still deals with it in professional spaces — and it being part of the work you do — does cause wear-and-tear. It’s not like regular personal life stuff gets put on pause while you fight for justice.” — Joseph Graham

Read the CLAS Exchange article about the premiere here.